Zebra are well known and very distinctive because of their bold black and white striped markings. Every individual has a unique stripe pattern, like a set of fingerprints in humans. Zebra are one of the most photogenic animals and are a must see on any savannah safari. 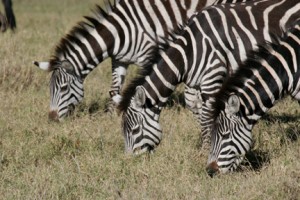 While on safari in the Northern Serengeti with the Scholz family from Minnesota, we encountered a rare sight……… A zebra which was not exactly black and white, could this be an albinistic trait in a zebra? 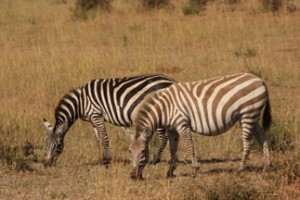 I have seen similar colouration only once before whilst on safari in the southern Serengeti, so it seems to be by no means common.

Other colour anomalies are more common, like the Zebra below that looks like he has a back to front saddle mark on this back. 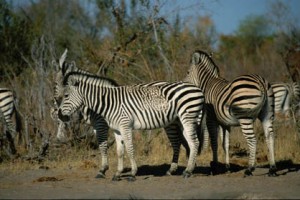 The Burchell’s or Plains zebra are the most numerous and widely distributed of the four zebra species in Africa and are therefore the one that most people are likely to encounter. There are many questions and theories about the purpose of a zebra stripes, but as we can see from these photographs, the answers are not always black and white. Keep a look out for those pale stripes! 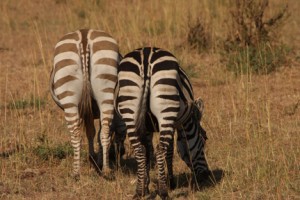