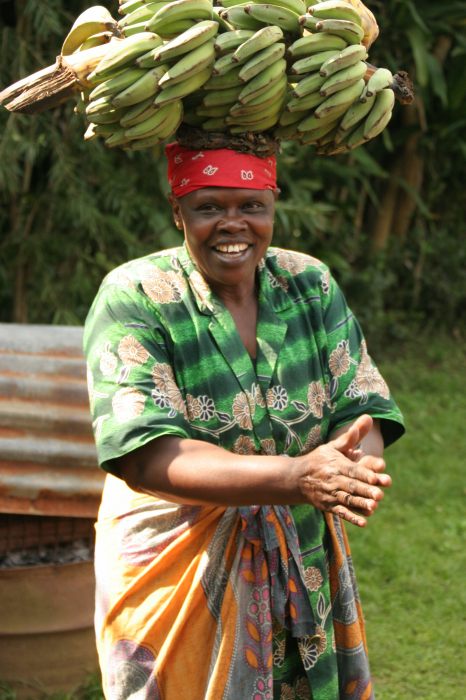 I have not written anything recently because I have been on safari since the beginning of July. During this time I visited various parts of East Africa and have had all kinds of different experiences, including a Kilimanjaro climb immediately followed by a Mount Meru climb.

Soon after these climbs the Steyer family from San Francisco wanted to begin their safari seeing a bit of the local culture combined with some hiking, so we visited Mama Anna on the slopes of Mount Meru. She formed a women’s co-operative, “Agape Women’s Group” and makes cheeses, coffee, sells honey, and welcomes visitors to see her family home and to learn a bit about life in a Tanzanian village.

From the lodge we hiked for about three hours through beautiful forest with her husband Mr Pallangyo, pausing to look at colobus monkeys, to listen to the alarm calls of a vervet monkey (there was most likely a leopar 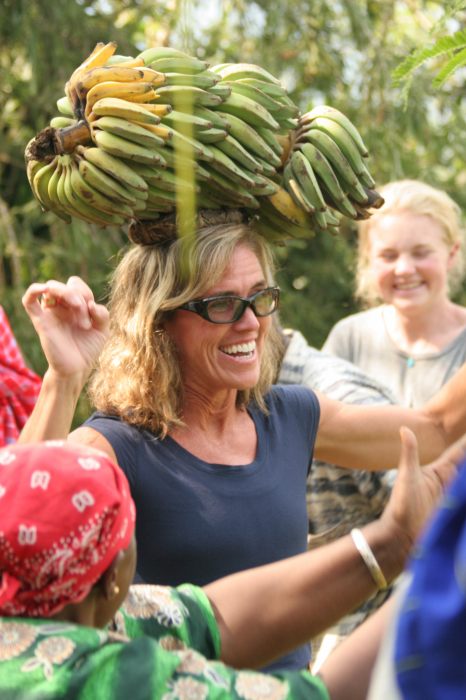 d around), to chat to passers by, to pick and relish the wild kingberries, and to look at the scenery.

When we arrived at Mama Anna’s in Mulala Village she rushed out to give us a hug, a huge welcoming smile on her face, and we danced, looked at chameleons, laughed, chatted, roasted coffee, and sang, for the next couple of hours. She even managed to get all of the Steyers to carry a huge bunch of bananas on their heads, which provided a lot of entertainment, as it looks easier than it really is! Some of the boys were in fits of laughter trying, and then Kat seemed to place the bunch on her head and walk effortlessly!

Hooray to Mama Anna, and I hope the co-operative continues to do well, and produce lots of cheese!