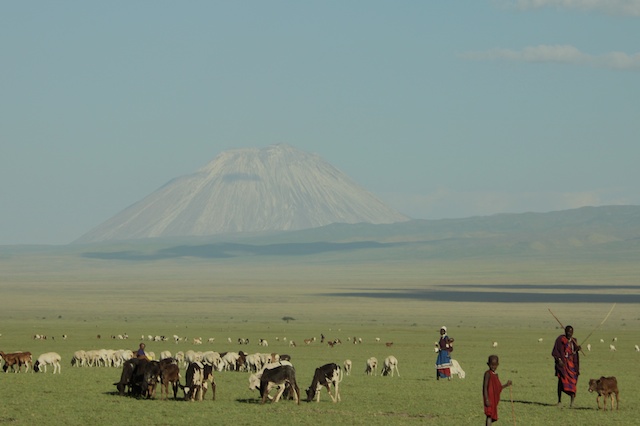 We are passionate about Africa, its people and its wild areas. Most of the wild areas are sadly under threat. The resourceful population, especially those living in areas with wildlife, which are by their nature very remote, often have scarce governmental support.  Our guests are often so enthralled by their African experience that they ask how they can help. Here is our list of non-profit organisations that we support and follow. Any one of these would be worthy of any help you can supply.

Prelude to A Step Ahead´s priorities

A Step Ahead is interested in preserving, as much as possible, the rich ecology of Africa.

Places where wildlife populations are particularly high are also home to some of the poorest people in the world.

Until recently, many wildlife reserves were managed in a way which was antagonistic to these people. In the past, national parks were gazetted and the human population expelled, often with little compensation and no part in the economic benefits from such activities as tourism. It is not surprising to find today that, in some areas, the local people are at loggerheads with conservationists.

However it is encouraging to find in very recent times that this trend is being reversed, and some people: tribal populations, conservationists, governments and other organisations are starting to work together.

People are beginning to realise that, especially in poverty-stricken countries, the key to the survival of wild and natural habitats is dependent on those who live in and around the area. Those people must receive direct economic benefit from wildlife, which will mean that they, more than anyone, become the protectors of their environment.

We are sure that any support, financial or otherwise, to any of these organisations will have been money or time well spent. Since the tourism crash that began in early 2020 due to the Covid-19 pandemic, the communities that live in these remote areas and the protected areas have lost revenue from its most impactful and reliable source. Now more than ever these organisations need financial help.

brother Damian Bell, and is based in northern Tanzania. It is dedicated to supporting local communities start up or manage wildlife management areas. The long-term aim is for these management areas to become sustainable businesses for the communities. They would combine being resources to them of dry season or drought grazing areas, wildlife protection areas earning them tourism revenue, and other resources.

Those who wish to balance the carbon emissions generated from their journey can do so through purchasing certified, forest carbon offsets through Carbon Tanzania.  Carbon Tanzania is a conservation organisation that protects forests from deforestation, safeguarding habitat for wildlife, supporting forest communities, and combating climate change.  Your payments for forest carbon offsets are

directed to the forest communities who work to protect the forests, ensuring sustainable development is achieved in some of the poorest areas in Tanzania.

An easy way to offset your international flights, accommodation and vehicle emissions and support Carbon Tanzania is through their on-line form.

The Dorobo Fund supports and funds many grassroots efforts that promote social, ecological and economical sustainable growth in Tanzania. These initiatives are carried out by the Ujamaa Community Resource Team. They are a dedicated team initiated by a local safari operator. The Dorobo Fund have made stunning achievements over many years in economically good times and well as hard times.

Safari operator Alex Walker supports or runs various closely monitored projects that support the fragile and unique Serengeti ecosystem. Donations to these projects can be made here.

The Tuungane Project is an integrated approach to promoting a healthier relationship between people and the natural resources they depend on in the Lake Tanganyika and Mahale Mountains area of Western Tanzania.

With the aim of improving the well-being of this diverse natural environment and its people, some of the underlying problems are being tackled, from health and sanitation to environmental awareness and education. The project is a collaboration between the Nature Conservancy and Pathfinder International, and involves other stakeholders including the Tongwe Trust. The project includes ‘Model Households’ where volunteer families educate by example, showing sustainable behaviour and practices that can be replicated by others in their villages. Beach management units have also been established to enact and enforce sustainable fishing regulations, and microfinance loans available give the opportunity to diversify away from environmentally damaging activities and into other income generating activities.

KopeLion strives for sustainable human-lion coexistence in the the Ngorongoro Conservation Area, a multi-use landscape in northern Tanzania. Kope Lion achieves its aims by focusing on community engagement, research and education.

Nomad Trust supports various projects in conservation, education and health in remote areas in Tanzania. Donations for any of these can be made through this link.

The Desert Lion Conservation project collects data and addresses human-lion conflicts, with an aim to develop a long-term conservation strategy. Lions are fitted with radio collars and are tracked and observed to record behaviour, movements, grouping patterns, reproduction and mortality. Emphasis is placed on monitoring lions that disperse and occupy new habitats, and on those that live near local communities. Human-lion conflict is addressed by developing localised conflict management plans. If you are interested in supporting this project here is the link.

The Desert Elephant Conservation Project is a long term study of the desert elephants of the northern Namib Desert in Namibia’s Kunene Region. The elephants live in an extremely arid environment of less than 150mm of annual rainfall and are one of only two “desert adapted” elephants in the world. The project shares the results of their scientific research and reports on current desert elephant status to collaborators, stakeholders and decision-makers.

The International Gorilla Conservation Programme is a collaborative effort, pooling the resources and funding from well-known conservation organisations (Conservation International, Fauna & Flora International and the World Wide Fund for Nature), along with the respective national wildlife organisations (the Rwanda Development Board (RDB), the Uganda Wildlife Authority (UWA) and the Institut Congolais pour la Conservation de la Nature). The aim is to protect the afromontane forest and the many species it harbours, by ensuring that it is managed sustainably and by tackling the threats to its survival. In order to achieve this goal, it has set itself twin objectives: to reduce the threats to mountain gorillas and their forest habitat by creating widespread support for conservation among local communities, interest groups and the general public; and to improve the protection of gorillas and their habitat by encouraging the relevant authorities to adopt a consistent, collaborative approach to conservation policy and legislation throughout the region, grounded in conservation science.

Gorilla Doctors is dedicated to saving the mountain and eastern lowland (Grauer’s) gorilla species one gorilla patient at a time. Our international veterinary team provides hands-on medical care to ill and injured mountain and Grauer’s gorillas living in the national parks of Rwanda, Uganda, and the Democratic Republic of Congo (DRC).

The Giraffe Conservation Foundation is involved in giraffe conservation projects in 15 different African countries. Their involvement differs depending on the area and project, and ranges from running projects to monitoring and supporting programs with their expertise.

African Parks is a non-profit conservation organisation that takes on the complete responsibility for the rehabilitation and long-term management of national parks in partnership with governments and local communities. They manage 17 national parks and protected areas in 11 countries.

A Step Ahead is especially interested in promoting and improving education. Here lies one of the key elements in improving the future prospects of the livelihood of African people. By investing in education there is hope that Africans will be better equipped to influence policy in their own countries, plan for the future, and preserve their wildlife areas – a unique natural resource.

While on safari we sometimes visit a school, and some of our guests feel they would like to help educational opportunities for the people in the areas they visit.
In the past we have assisted with projects in three Tanzanian schools by direct donations in this way. Two of these are in pastoral Maasai tribal areas bordering the Serengeti national park, and a third was outside Ruaha national park in remote central Tanzania. While donating to schools in this way helped, managing the finances became difficult, mostly because our guides are not often in these remote areas, and so cannot supervise the use of the funds.

As a result we have decided to support and to channel any funds we receive through professional small scale non-profit organisations whose focus is education. Please visit their sites by clicking on the links below if you want to know more.

The Nomad Trust support various projects in villages near some of the camps and lodges where we stay. These include Tungamalenga Village School just outside Ruaha national park , the Landscape and Conservation Mentor´s Organisation outside Katavi National Park, and the Maasai nursery or kindergarten near Entamanu Camp in Ngorongoro.

The Kamitei Trust supports school development in rural areas of Tanzania. This is a highly efficient small organisation that provides material (such as school facilities) and educational support (in the form of teacher training and scholarships) for rural schools. Strict financial criteria and controls in the administrative area and the school have to be in place beforehand. Once qualified for support Kamitei generally offers a matching scheme, whereby the community must raise a certain percentage of the funds required for projects in order to receive funds from Kamitei.

The School of St. Jude is a donor-funded English Medium School in Arusha, Tanzania. It primarily serves orphaned and vulnerable children from the lowest socio-economic backgrounds, by providing them with a full education from the beginning of Primary to the end of Secondary at no expense to the student. The school blends the best of Western and Tanzanian instructional methods to instill critical thinking and high moral Christian values in students.