It’s early January in the Serengeti, and the rains this year have been good for the first time in several years.  Some years are drier at this time of year, and at such times the wildebeest split up in search of food and water, congregating wherever small sporadic downpours have occurred.

We are camped in the Ndutu area of southern Serengeti and the wildebeest have filled the open plains around us. So when Michael Phelps said that he would like to do a balloon safari, we acted quickly to ensure that the mega herds were still around. 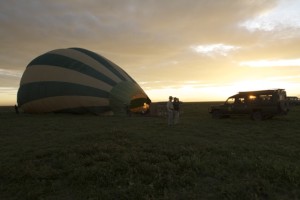 A 04:30 departure from camp got us to the balloon launch site before dawn.

As the crew inflated the balloon, we were all given a safety briefing regarding the take off and landing procedures.

The dawn colours were stunning as the sky brightened over the Ngorongoro highlands.  There was a change of wind direction just before take off, so there was a small delay as the crew swung the basket around, orientating the burners correctly. 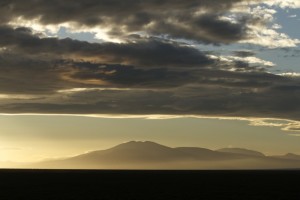 We took off as the sun was rising, casting a beautiful golden glow over the vast Serengeti Plains. 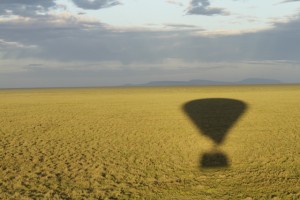 Within about fifteen minutes, we were flying over big herds of wildebeest, punctuated with small herds of zebra. The views from the air were breathtaking, and the perspective of how many animals were out there became fully realized. 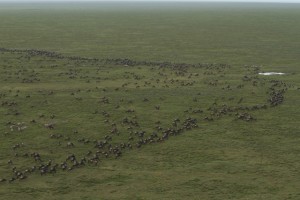 Flying at the same speed and direction as the wind creates a smooth flight, and apart from the periodic lighting of the burners, it was peacefully quiet. Photographic opportunities were great, as the pilot changed the orientation of the balloon to give all 16 people a front row seat at some point during the flight. 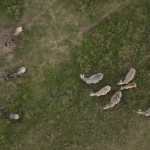 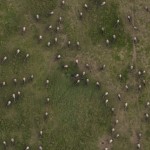 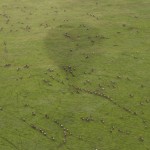 What an experience… definitely one not to be missed, if the weather allows! 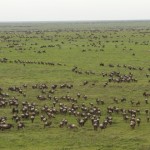 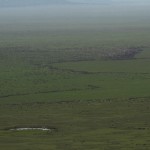 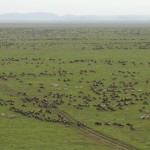